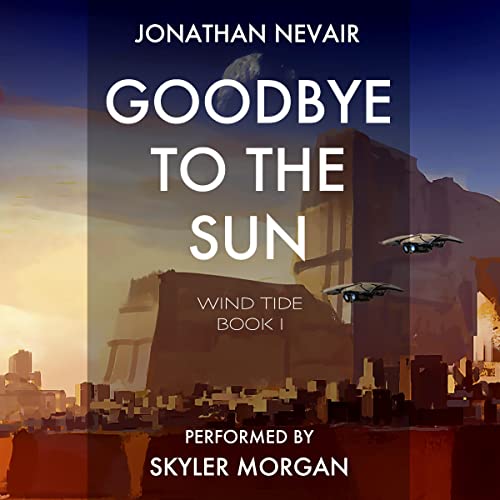 Goodbye to the Sun

By: Jonathan Nevair
Narrated by: Skyler Morgan
Try for $0.00

A rebel intent on justice. A lost soul pursued by an infamous bounty hunter. One impossible moral choice...

Tucked away in the remote dunes of Kol 2, the Motes are on the brink of cultural collapse. Razor, a bold and daring pilot, leads a last-ditch gambit against their local oppressors, the Targitians. The plan: Abduct visiting Ambassador Keen Draden and use him as a bargaining chip to restore her people's independence in the Sagittarius Arm. But when the operation unravels, Razor is forced to renegotiate terms with the arrogant diplomat.

Light years away on Heroon a radical resistance blossoms. The alluring rainforest planet haunts Keen. All his problems started there during the Patent War, but it's where Razor's troubles may find a solution. The moral tide ebbs, exposing an impossible choice that links their futures together more tragically than they ever thought possible.

Goodbye to the Sun: A space opera inspired by the Greek tragedy, Antigone.

What listeners say about Goodbye to the Sun