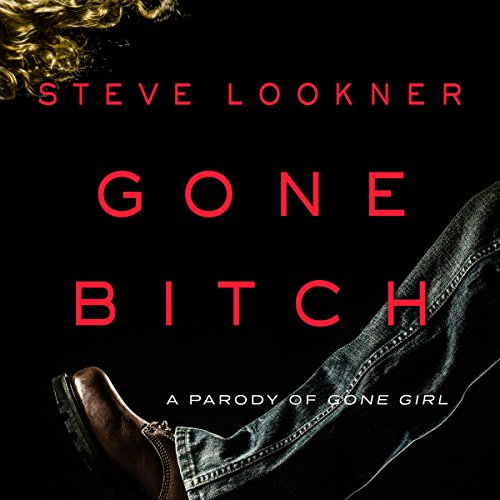 Gone Bitch is the hilarious new parody of Gone Girl which will have you on the edge of your seat and rolling on the floor!

About the author: Steve Lookner is one of Amazon's top parody authors. He began his writing career as an editor of The Harvard Lampoon and has written for TV shows such as Saturday Night Live and MADtv.

What listeners say about Gone Bitch: A Parody of Gone Girl


I purchased this book and returned it part of the way through. I was disappointed given it had received 5 stars from 6 people.

My general take is that it isn’t very witty or smart. It had funny moments but it took the easy way out by adding gratuitous sex between a brother and sister and added “mean girl” flair. I’m not against these aspects in a book, and wouldn’t have minded those things if they were grounded in a wittier story line, but this became boring after about a 1/2h-45m. Maybe it gets better but I doubt it.

The colorful language and no holds barred nature of the writing style make the book entertaining and easy to read but a bit cringy. Perhaps characters were a bit too black and white.