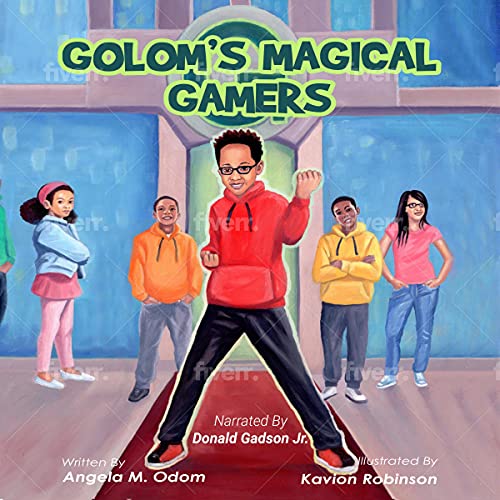 Ryan and his dearest cousins live in different states and don’t get to see one another often. There’s nothing he can do about it. One morning, his mother sends him to the basement to get some boring stuff adults need. She gives him a list so that he won’t forget what she needs. As Ryan is looking at this list, the weirdest thing happens. The words his mom wrote begin to rearrange themselves on the paper. It says, “Ryan, It’s Your Time to Know”.

“Uh, know what”? Ryan asks the paper but, it doesn’t respond. Ryan soon sees a map that takes him to the basement and beyond. Ryan follows that map and meets the God of Game, Golom. Since that conversation with Golom, Ryan’s day gets really weird. Magically, Ryan gets back to his room. He thinks that it must be a dream. As he’s about to meet his cousins on a video call, Ryan steps out of his world and into a game. There he sees all his cousins! However, there’s trouble in the midst of this great reunion. Will they conquer the evil they face or fall victims to these troubles?