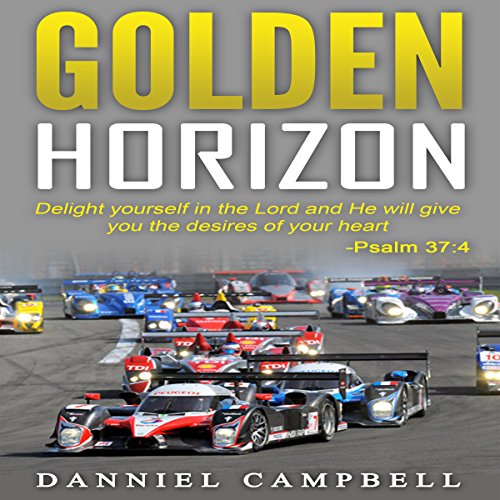 By: Danniel Campbell
Narrated by: Duan Sanderson
Try for $0.00

After taking a four year hiatus from automotive sports in means to get refocused on his devotion to Christ, Cody Johnson was much content with spending the rest of his life doing open air evangelism around the urban streets and neighborhoods of Texas. Yet Jesus grants him a second chance in automotive sports through Rick Gora, an old friend and his late father's old crew chief. Rick tells Cody that the Judgment, a blue print for an advanced race car he gave Rick many weeks ago, could be the right Tier One car to dominate next year's 24 Hour of La Sarthe, and win them the partnership of Usangi-Kon Racing for the following year's International Nurburgring Series. After indeed dominating the 24 Hours of La Sarthe and winning their partnership with Usangi-Kon Racing, Catherina Celso, his new partner's beautiful lead driver, invites him to an annual family mission trip to Central America. Delighted of the offer he agrees to go and travels down with her and her sister shortly after Thanksgiving. Yet just in a couple weeks into their stay they, as well as the people they were ministering to witness a violent ambush on an opposing gang. While Cody and Catherina are sent to escort an injured mother and one of the last surviving gangsters to a nearby clinic, Cody sees one of his fellow evangelist do the unimaginable; share the Gospel with a gangster! This was amazing to him, because he knew that that particular evangelist adamantly hated them. This challenged Cody to his core wondering if he even had it in him to obey God and witness to the very one he hated; Wiebe Hramn, the man who murdered his father.

What listeners say about Golden Horizon