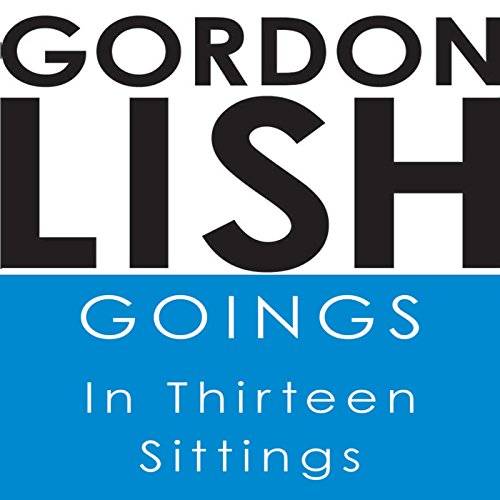 Goings: In Thirteen Sittings is Gordon Lish’s first completely original work in 16 years, 13 stories that mark the ongoing vitality of one of the era’s enduring scribes. Widely acknowledged as one of the most influential editors of our era, Gordon Lish has quite simply changed the face of American literature. The stunning list of writers with whom he has worked closely includes Harold Brodkey, Sam Lipsyte, Ben Marcus, Anne Carson, Cynthia Ozick, Raymond Carver, Will Eno, Barry Hannah, Amy Hempel, and many more. But it is in his own writing that his genius is made manifest. There, his quick wit and black humor are on full display, as well as a merciless intellect that skewers no one so thoroughly as, and more often than, a narrator most often known as "Gordon". In the stories in Goings, Lish wrestles with memory; self-knowledge (the lack and the impossibility thereof); friendship; and mothers, sons, and lovers. More than that, the language here is a collective paradigm of Lishian prose: a great writer’s attempt to leap off the page.

What listeners say about Goings