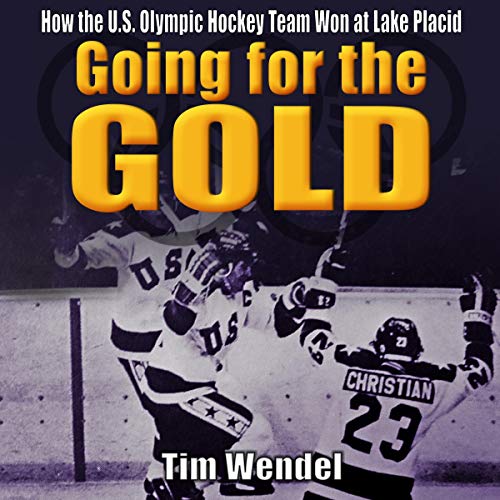 Going for the Gold

Three decades later, the "Miracle on Ice" still captures imaginations around the world and causes American hearts to swell with pride. This is the thrilling true story of how a ragtag team of collegiate and amateur athletes united in the shadow of the Cold War to defeat the seemingly invincible Soviet ice hockey team at the 1980 Winter Olympics.

Author Tim Wendel, a lifelong hockey fan, began following the US team a year before their Olympic triumph. He joined their road trips, reported on their games for a variety of publications, and eventually came to know not only every member of the team but also their friends, families, and former coaches.

Wendel draws upon these close ties to offer moving stories of the players' boyhoods in Minnesota, North Dakota, and the Boston area, as well as updates on their post-Olympic careers. The team's amazing victory was voted by Sports Illustrated as the greatest sports moment of the 20th century and inspired two movies.

Even those with no interest in sports or hockey will appreciate this tale of faith, perseverance, and triumph in the face of overwhelming odds.

What listeners say about Going for the Gold

Tim Wendel catches up with this amazing team -- then and now. The inside look at American sport's greatest upset.