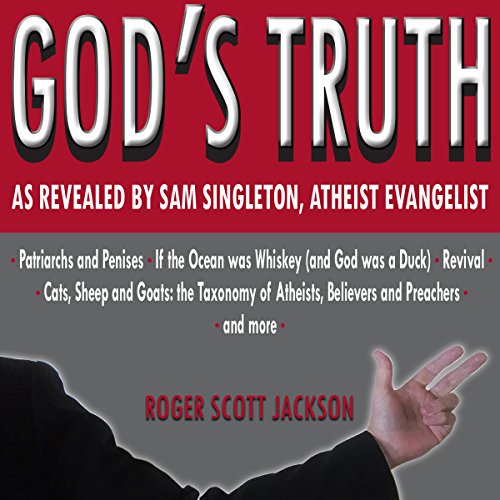 By: Roger Scott Jackson
Narrated by: Sam Singleton
Try for $0.00

The grandson, son, and brother of Pentecostal preachers, Roger Scott Jackson became a full-time writer-actor after working at more than 100 jobs, including shoeshine boy, fish gutter, taxi driver, bartender, reporter, and teacher (English, speech, and debate). He says, "Though Brother Sam is not strictly autobiographical, he is fabricated from my own experience, which is to say, I start by telling the truth, then heap on lies."

What listeners say about God's Truth as Revealed by Sam Singleton, Atheist Evangelist

I enjoyed listening to the book. It's funny and insightful. I'd recommend it to others.