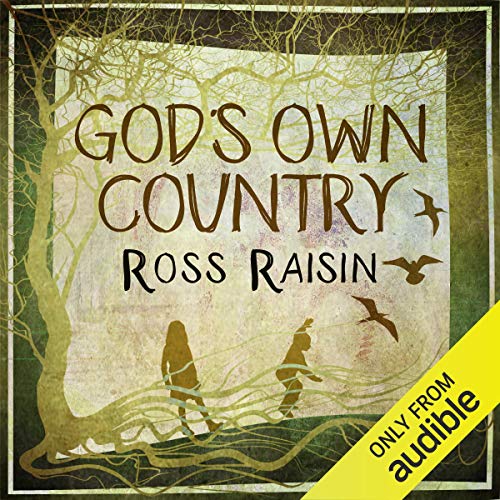 By: Ross Raisin
Narrated by: Oliver J. Hemborough
Try for $0.00

In his celebrated debut novel, God’s Own Country, Ross Raisin tells the story of solitary young farmer, Sam Marsdyke, and his extraordinary battle with the world.

Expelled from school and cut off from the town, mistrusted by his parents and avoided by city incomers, Marsdyke is a loner until he meets rebellious new neighbour Josephine. But what begins as a friendship and leads to thoughts of escape across the moors turns to something much, much darker with every step.

Ross Raisin was born in 1979 in West Yorkshire. His first novel, God's Own Country was published to great acclaim in 2008 and was shortlisted for nine literary awards including the Guardian First Book Award and the John Llewellyn Rhys Prize. His second novel, Waterline, followed in 2011 and was a Radio 4 Book at Bedtime.

In 2009 Ross Raisin was named the Sunday Times Young Writer of the Year and in 2013 he was named one of Granta’s Best Young British Novelists.

"A truly memorable and distinctive voice. Very impressive" ( Daily Mail
"Powerful, engrossing, extraordinary, sinister, comic. A masterful debut" ( Observer)
"Astonishing, funny, unsettling... An unforgettable creation [whose] literary forebears include Huckleberry Finn, Holden Caulfield and Alex from A Clockwork Orange" ( The Times)
"Compelling... What makes this novel remarkable is Raisin's creation of an entirely original voice" ( Sunday Times)
"One of the outstanding first novels of 2008... as the plot takes a sinister turn, Raisin ratchets up the suspense" ( Sunday Telegraph)

What listeners say about God's Own Country

wasn't what I thought

the story was okay and the narration was good....just not was I was expecting. Not a bad book.

Is he mad, bad or misunderstood?

This is a marvellous debut novel. Sam Marsdyke is a deeply troubled young man. He is mistrusted by his parents and an outsider in a close knit Yorkshire farming community. He spends his time wandering the moorland landscape, playing tricks on people and performing acts of cruelty like a malevolent pixie. His actions are spiteful and petty but there is an sense that he may have been mistreated in the past. The tale takes an even darker turn when he meets a young girl and they form an unlikely friendship.

This story conveys a sense of impending doom which kept me hooked throughout. I thought the ending was clever and original and totally in keeping with the intelligent nature of the tale.

The story is written from the perspective of the main character and is in the Yorkshire dialect. Although the words are different, their meaning is perfectly clear, and enables the narrator gives an authentic voice to Sam's character. The pace of the narrative was perfect, with not a wasted word. This for me is was a 100% 5 star listening experience.

It was part of my book club, if it wasn't I don't think I would have preserved with it. I really struggled with the main character and the storyline. I would have liked to have heard from the other characters and their perspectives. I wouldn't recommend.