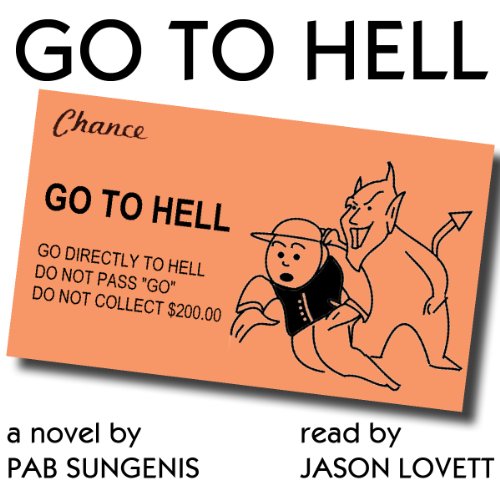 By: Pab Sungenis
Narrated by: Jason Lovett
Try for $0.00

Not only is there life after death, there is employment.

When high school senior, football star, and all around jerk Ryan Harper is accidentally killed, the man he thought was a talent scout hands him a card: "Go to Hell, go directly to Hell, do not pass Go, do not collect $200.00." Once there, he is offered a fascinating opportunity: instead of burning down below, he can opt to join a new employment program they're launching to compete with the whole "guardian angel" thing. He tentatively agrees, and wakes up in a new body, transferred to a new school, and with his first assignment: just stay close to his new classmate Amanda. That's all he has to do, just stay close and let things happen naturally.

However, as he fends off bullies who make his new life as difficult as he made other kids' before, deals with a bunch of goth kids who fawn all over him when he drops a pamphlet entitled "So You're Dead, Now What?" near them accidentally, and faces the unintended consequences of a budding romance with his assignment, he discovers that he might just be along the wrong career path. Only Heaven, and a few lucky Community Chest cards, can save him now.

What listeners say about Go to Hell