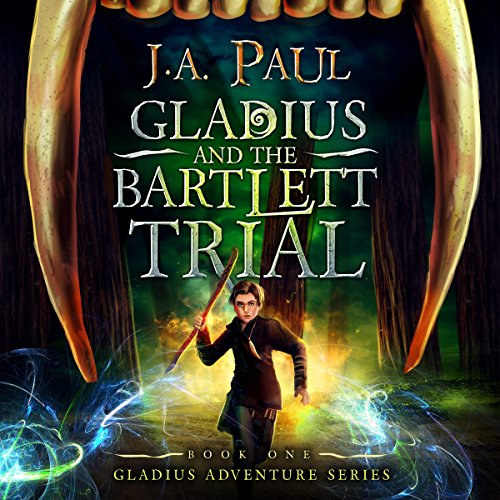 Gladius and the Bartlett Trial

When fifteen year-old Gladius Oldmont is thrust from his peaceful home into the dangerous Longwood Forest he finds himself pitted against a tyrant who has been terrorizing the lands in search of answers to an ancient secret that could unlock absolute power.

From the shadows of Longwood Forest to the Hills of the Moon, Gladius must survive encounters with a near extinct scimitar cat, an ornery dragon, a horde of death bats and a tumultuous underground river which leads to a subterranean labyrinth of tunnels.

Along the way, he makes new acquaintances and discovers the true meaning of friendship, including Elle - a girl who captivates his heart. Can Gladius and friends solve the riddle of the ancient secret before the evil Mulhurt does? If they can, will they be able to do anything about it?

What listeners say about Gladius and the Bartlett Trial