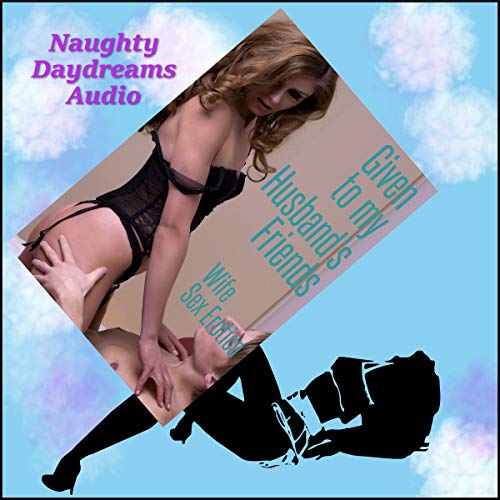 Given to My Husband's Friends: Wife Sex Erotica

By: Jane Kemp
Narrated by: Zaria Wyndham
Try for $0.00

Tied Up by My Husband for His Friend’s Pleasure (My Wife’s Secret Desires Episode No. 1)

Korrine and her husband have been so busy that they haven’t spent much time together at all. To deal with her loneliness and her sexual frustration, she’s taken to dreaming about a list of fantasies one of her magazines reported as the top 10 fantasies for women. She doesn’t know her husband’s found the list and decided to make every one of the fantasies come true, and the first one up is the fantasy of domination. Korrine is in for bondage and rough sex because Max has told his best friend Darrin, “Fuck my Wife”, and he’s told him to fuck her hard!

I couldn’t believe my husband was still playing poker. He and his pals had started in the morning, and they were still going strong long after we should have left for dinner. I was having none of it. It was supposed to be my night, and my man wasn’t paying me any attention at all. To hell with that! I got dressed up sexy and walked right up to him. The choice was simple, poker or me. Well, of course he chose me! The catch was that all of his poker buddies did, too! I was suddenly in the midst of a rough gangbang, and what could I do about it? My husband made sure there was bondage involved!

What listeners say about Given to My Husband's Friends: Wife Sex Erotica