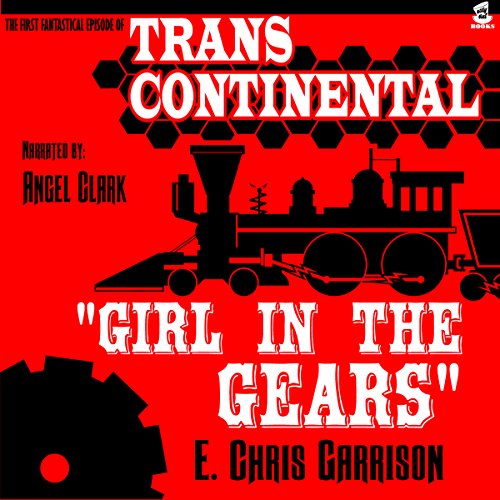 Girl in the Gears

By: E. Chris Garrison
Narrated by: Angel Clark
Try for $0.00

Actress Ida Stillwell may have been born her father's son, but she rejected the role society cast her in. With the North American Republics on the brink of war, Ida flees her home and joins a carnival to pursue her dreams.

There she meets tomboy steam engine mechanic Duffy Hollowood. Though they become fast friends, Duffy has her own secrets. As their troubled pasts catch up with them, will Ida and Duffy make an escape together, or will they take their chances alone?

What listeners say about Girl in the Gears

When you hear the words "steampunk transgender romance," what do you imagine? Whatever you're expecting, "Girl in the Gears" will certainly surprise you. This is the story of a transgender character told without ever using the word "transgender" (because it doesn't exist in her timeline).

Excellent character development and world-building brings you harrowing action in an alternate universe where floating warships are the norm and technology ranges from steam to electricity. And, of course, trains. Lots of trains.

There is family drama and tender romance (without being explicit,) witty dialogue- a little comedy to break the tension.
And it is tense. Towards the end of the book, one particular scene left me crying.

The audiobook is a real treat, because the narrator (Angel Clark) does an excellent job voicing Ida Tandem and Duffy Hollowood, as well as the other characters in the story. Her characterizations are entertaining and believable, and make you feel like you're listening to a radio drama.

I highly recommend "Girl in the Gears." especially as an audio book.