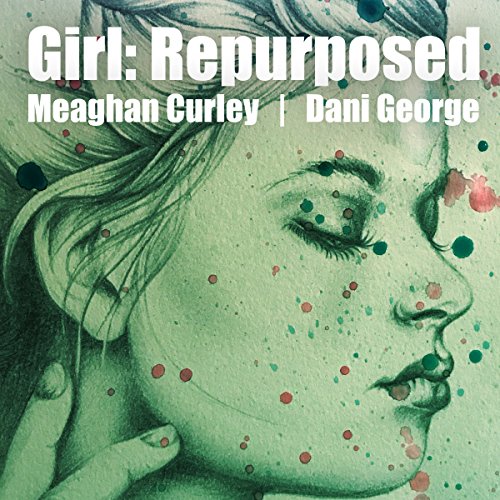 By: Meaghan Curley
Narrated by: Dani George
Try for $0.00

Tranquila Obiit is smart enough to save a stranger's life. But when Tran's salty, daytime television-addicted grandmother tricks her into selling her soul to Hades, dodging near-death experiences becomes a daily ritual.

Now, as an employee of the Underworld, Tranquila seeks out her purpose in life while pet-sitting a three-headed dog that is hell-bent on destroying her.

She's not alone. None of the Gods are any better off: Hades is battling negative Hollywood stereotypes. Persephone is trying to overcome her jealousy issues. Most importantly, Hera is trying to gain control of a domain that isn't hers. Will their insanity be Tranquila's demise?

Girl: Repurposed is a refreshing satire on the American Dream that'll keep readers laughing all the way to the Underworld.

What listeners say about Girl: Repurposed

I've been meaning to read this book for a long time, as Meaghan is a young female writer from Utica, NY (which I can relate to). It's very apparent how these demographics influenced her work, and we could use more of these influences in fiction. I've always been impressed by the initiative Meaghan took by publishing this book. As far as the plot goes, and as far as I'm concerned, everyone loves Greek mythology. It was fun to learn about the history of these myths, and the narrative style was very natural. The dark humor was greatly appreciated, particularly the joke about goth vampires (my fave). This was a modern take on these familiar, ancient tales; I liked the awareness of how euphemized Greek myths can be and how we bring our own biases into our reading of them. Female empowerment and social justice are definitely themes in this book. Although no one asked, perhaps the book could've been a little better with more narrative. It seems dialogue heavy, and although I'm never one to say this, I would've liked to hear more about the scenery, given Hades is such an interesting and unusual setting. When these descriptions come up, the diction can be powerful and unexpected. The book took a lot of creativity, and given it's dark humor, I think some more suspense, weightiness, and detail on ancient Greek culture (given it influenced Greek myths) could've contrasted the light-hearted jokes well. I look forward to seeing what Meaghan does next.

Loved it. I stumbled across the Kindle book the other year, and loved it. I was hunting for the planned sequel when I came across this. It isn't a plain narration, Dani has put emotion and character in to her reading. If you like an original story, this is most definitely for you.

This was a lovely tale which i found quite compelling.

it wasn't entirely for me and i found some of the references going over my head or unnecessary. all in all a good story.

negative for me was the performance, i found the reader bland and lacking something i have come to expect from audible books. i would have marked down the book but it's not the authors fault.