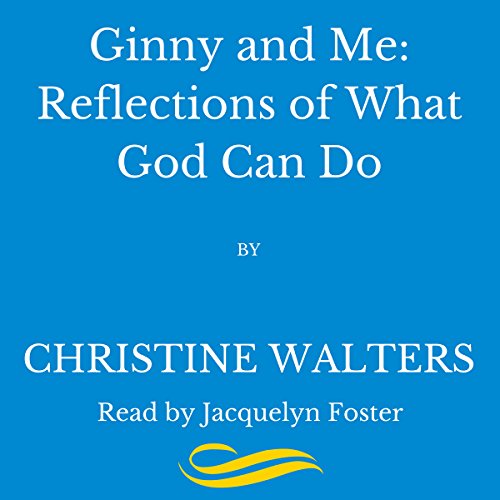 By: Christine Walters
Narrated by: Jacquelyn Foster
Try for $0.00

Abuse is damaging. It comes from cycles of abusive behaviors learned and repeated through generations. Because of shame and embarrassment, many people do not speak about the cruelty they endured. In my case, most of the abuse I suffered resulted from my mother's mental illness. For my entire life, people told me to excuse my mom's abuse because she was mentally ill. However, mental illness does not give anyone the right to abuse you (in particular, your child).

Ginny had childhood paranoid schizophrenia with multiple personality disorder. She lived in the Buffalo State Hospital through her adolescent years. When released from the hospital, she had me. She was 26, and my dad was 30 years older. My mother was white, and my father was black.

As a child, I struggled with my mixed heritage. My mom would tell me that white people did not like me because I was black. Even from a religious standpoint, I was raised as a Catholic and Baptist. On Sundays, my mom and I attended mass without my father and Baptist service with him.

I share my life story with the world through God's glory. My story is about how faith enabled me to overcome extraordinary struggles, pain, and loss. Faith, hope, and forgiving the unforgivable through prayer and trusting in God are the keys to healing.

What listeners say about Ginny and Me

Would you consider the audio edition of Ginny and Me to be better than the print version?

This was my first audio book, so I wasn't sure what to expect. Overall, I loved the story and appreciated the author's testimony of how God brought her out of a troublesome upbringing. This story ties struggles of racism, poverty, mental illness, and religion. Some of the more explicit moments in the book were hard to listen to. The visualizations of abuse and ridicule brought tears to my eyes. In the end, I found this story to be an incredible recollection of a woman's strength, perseverance, and faith in God.

What does Jacquelyn Foster bring to the story that you wouldn’t experience if you just read the book?

Jacquelyn used her tone of voice to highlight important quotes of the book. I enjoyed her strategic pauses and changes in voice for the different characters. She brought the story to life for me.

What did you learn from Ginny and Me that you would use in your daily life?

God can bring you out of the worst situations as long as you keep the faith.