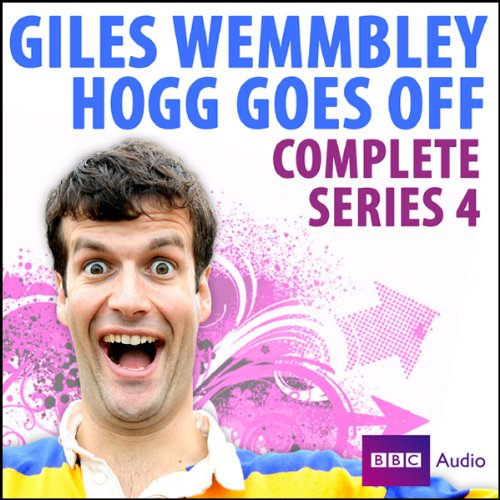 Giles has been grounded! Budleigh Salterton’s most famous citizen has been forced to stay at home by the Home Office - and his father. But something minor like that won’t dent Giles’s enthusiasm, so in this fourth series of Giles Wemmbley Hogg Goes Off, he sets up GWH Travvel ("two ‘m’s, two ‘g’s, two ‘v’s - bit of a mix up at the printers"). Run from his bedroom, GWH Travvel is a one-stop Travel/Advice/Events Management/Website service, which always stays true to its motto: "We go there so you won’t want to". Helped by his ex-primary school teacher Mr Timmis, Giles advises people on how to pack a rucksack ("If in doubt, put it in. And double it"), and even helps someone find a zebra for a corporate promotion.

Series highlights include going to Greece to rescue some GWH Travvel punters that he’d accidentally put in harm’s way, an Agatha Christie-style septuagenarian hen night Murder on the Orient Express and a Vegas Road Trip featuring a powerful Jacuzzi and some sparkly Germans.

What listeners say about Giles Wemmbley Hogg Goes Off: Series 4