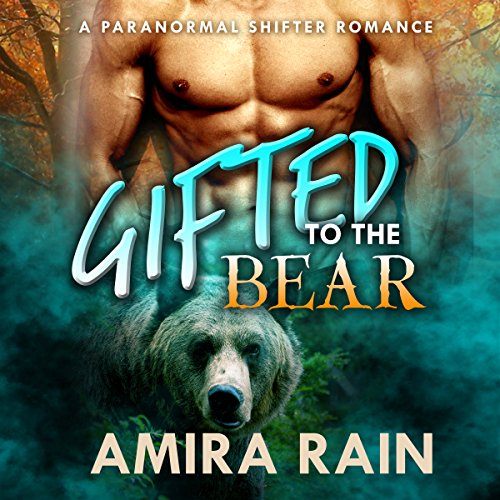 Gifted to the Bear: A Paranormal Shapeshifter Romance

By: Amira Rain
Narrated by: Evangeline E. Shepherd
Try for $0.00

Avery Clarke always assumed she was just a normal girl living in a normal world but she had no idea that she was one of the Gifted.

This was a select few people that had been blessed with special supernatural powers and Avery was one of them.

However, the Gifted are also hunted. FBI agents, government officials and other evil forces all want a piece of her gift and they will not stop until they get it.

Run and hide, or trust in a mysterious shapeshifting werebear named Jim Duncan who promises that he can keep her safe and help her uncover the truth about just how important her gift really is.

What listeners say about Gifted to the Bear: A Paranormal Shapeshifter Romance

The narrator for this story was so horrible and cringe worthy. My ten year old daughter that heard bits of it asked why it was so terrible. I am not sure how the narrator wasn’t fired. I hope I never have to hear another story by the narrator ever again!!!!

The actual story is pretty interesting, and the charm of the characters was lost due to the poor narration. I would rather read the book than listen to this ever again.

Difficult listen due to narration.

Hard to follow this book because the narration is so bad. The inflection is off and therefore boring as it drones on and on. Most audio books I listen to are kind of hard to follow for poor narration. Take a hint! If I'm supposed to enjoy this it is almost impossible. I wish I had the text but it was supposed to be a simple tale to try and listen to. Holy Moly. It's bad! As far as the tale, I can't say much. I need to start it over. Just wanted to mention the horrible narration.

Would you try another book from Amira Rain and/or Evangeline E. Shepherd?

Cannot envision how this as published. Its just awful.

Anything but this series.

Who would you have cast as narrator instead of Evangeline E. Shepherd?

The is a simple story that starts off slow with the sad narration. The book is not bad but the narrator made me want to fast forward.

This has to be the worst one I have ever listened to. It sounds as if the narrator is from my Kindle (the auto reading) there is no inflection on the voice at all.

Didn't even get through the first minute so have no idea whether the story is good or not...