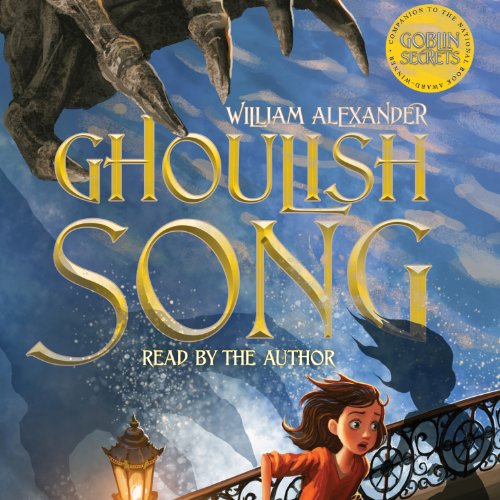 A brave girl flees a ghoul while trying to save her town in this lively, fast-paced companion to Goblin Secrets.

Kaile lives in Zombay, an astonishing city where goblins walk the streets and witches work their charms and curses. Kaile wants to be a musician and is delighted when a goblin gives her a flute carved out of bone. But the flute's single, mournful song has a dangerous consequence: It separates Kaile and her shadow. Anyone without a shadow is considered dead, and despite Kaile's protests that she's alive and breathing, her family forces her to leave so she can’t haunt their home.

Kaile and her shadow soon learn that the troublesome flute is tied to a terrifying ghoul made from the bones of those who drowned in the Zombay River. With the ghoul chasing her and the river threatening to flood, Kaile has an important role to play in keeping Zombay safe. Will Kaile and her shadow be able to learn the right tune in time?

Set in the delightful and dangerous world of Goblin Secrets, Ghoulish Song is a gripping adventure laced with humor and mystery.

"In Ghoulish Song, William Alexander returns us to the fascinatingly sinister world of Zombay. As with his previous novel, Goblin Secrets, Alexander's work is startlingly original, simultaneously funny and suspenseful." (Peter S. Beagle, author of The Last Unicorn)

What listeners say about Ghoulish Song

The author really shouldn't have narrated this book. he basically whispered the while thing and all the characters spoke the same way. I'm pretty sure this affected my opinion negatively on the book overall.