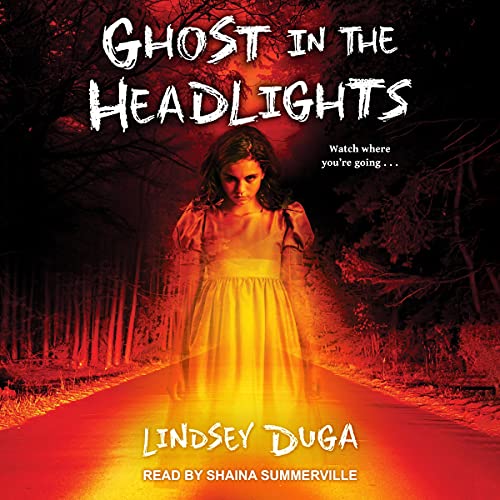 Ghost in the Headlights

By: Lindsey Duga
Narrated by: Shaina Summerville
Try for $0.00

In this modern-day retelling of The Legend of Sleepy Hollow, an angry ghost haunts a small-town road in search of revenge....

When Brianna Jenson agreed to move in with her cruel uncle, Shane, in rural Pennsylvania, she didn't expect to find herself in the middle of a terrifying town legend.

Every afternoon on her walk home from school, as the sun begins to set behind the overhanging branches of Shadowrun Road, Brianna hears footsteps following her - footsteps that belong to no one. Then there's the car that races along the narrow country road with blinding lights and almost runs her over! That's when Brianna realizes...there's no one driving. It's almost as if someone - or something - is trying to get her attention.

As Brianna investigates what happened on Shadowrun Road, she discovers a town tragedy that has never been resolved. Can Brianna get to the bottom of this ghostly mystery before it's too late?

What listeners say about Ghost in the Headlights