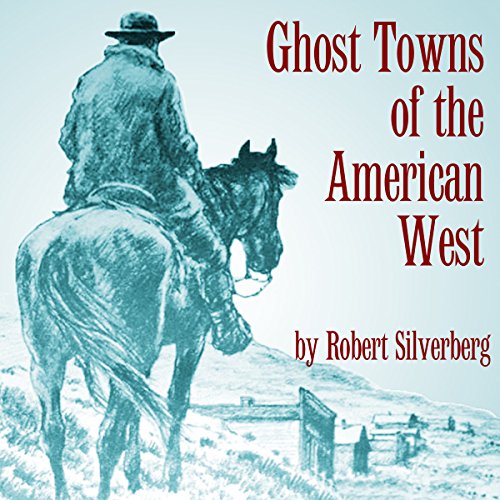 Ghost Towns of the American West

By: Robert Silverberg
Narrated by: Chuck Patyk
Try for $0.00

The story of the American mining frontier can be traced in the ghost towns - from the camps of California's forty-niners to the 20th-century ruins in the Nevada desert. They mark an epoch of high adventure, of quick wealth and quicker poverty, of gambling and gun-slinging and hell-raising. We who have seen too many Western movies sometimes think that the legends of the Wild West were invented by scriptwriters - but the ghost towns remain, and their battered ruins testify that the legends are true, that behind the tall tales lies reality. Robert Silverberg has brought the ghost towns back to life in the rowdy splendor of their heyday - when eggs might cost three dollars apiece and a town's street be literally paved with silver, when a fortune could be made in a week and lost in an evening. History and travelers' tales are woven together with clarity and wit to create a lively account of a fascinating era in our history.

What listeners say about Ghost Towns of the American West