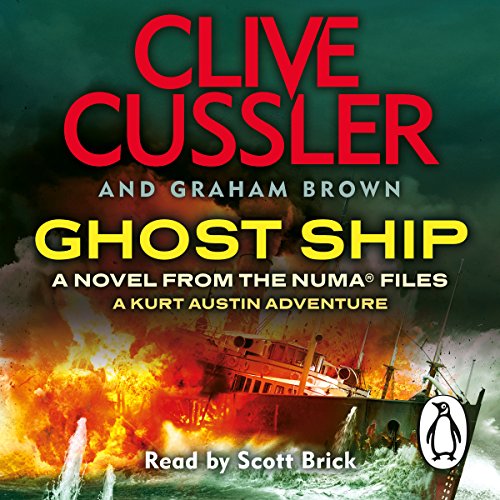 By: Clive Cussler,Graham Brown
Narrated by: Scott Brick
Try for $0.00

When Kurt Austin is injured rescuing souls from a sinking yacht, he wakes with conflicting memories. Did he witness an old friend and her children drown, or was the yacht abandoned when he came aboard?

Kurt doesn't trust either version of his recollection. In his hunt for the truth, Kurt soon descends into a shadowy world of state-sponsored cybercrimes, uncovering a pattern of suspicious accidents, vanishing scientists and a web of human trafficking.

Now, he must take on the sinister organisation behind this conspiracy, facing off against them from Morocco to North Korea to the rugged coasts of Madagascar.

What listeners say about Ghost Ship

Excellent book. I enjoyed listening to all of the book. Will get another straight away