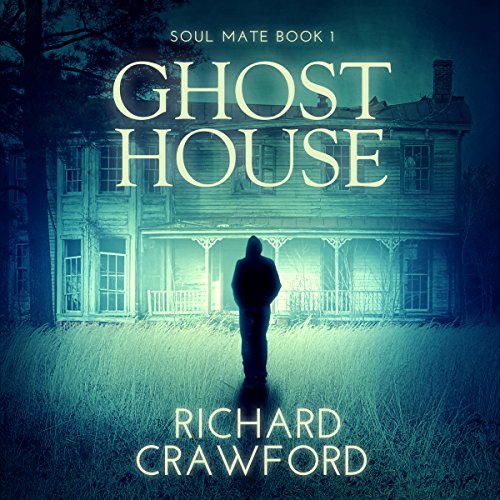 By: Richard Crawford
Narrated by: Joel Froomkin
Try for $0.00

Tommy killed his best friend. He doesn't know what it will take to make amends, but he has to try.

Everyone believes Tommy's best friend, Danny, died in a terrible accident. Only Tommy knows that it wasn't an accident at all. He made a drunken mistake he can never take back. And now he's haunted, literally. Ghosts use his body to complete their unfinished business, anything from visiting loved ones to threatening old business partners. Tommy's not sure whether to view it as payback or a chance to make amends for Danny.

It sounds nuts, and sometimes Tommy is not sure if he is nuts. It doesn't seem to matter much until he meets Suki.

When a friend is stabbed in a ghost-related brawl, Tommy hits rock bottom. It's time to come clean, but things get more complicated when he finds out Suki has secrets and a psychic dragon for a mother. Soon Tommy is caught up in their past as he plays host to a man wrongly convicted of a child's murder, a violent man who has a score to settle with Suki and her mother, and no intention of giving up Tommy's body. To have any chance of happy ever after, Tommy must prevent the ghost using his body to hurt the ones he loves, and solve a 12- year-old murder.

What listeners say about Ghost House

Our main character is very melancholy and the narrator hits on this this very well. Story does start out slow as many others have mentioned. Although slow, the main character is so flawed and in such dire straits, it's very hard to not like him all the way through. Great narration, always love hearing the UK accents and slang.

Yes. Overall the story was intriguing. The build up of the story was slow and long, covering about 2/3 of the book before the real story kicked in. It left questions about some of the characters motivations, especially Jess, Suki's mother and even the ghost of Danny.

Would you be willing to try another book from Richard Crawford? Why or why not?

Yes, despite the slow build in this one, it left me intrigued enough to read the next two in the series. I am hoping that now that things have been established, the next books will be faster paced and get to the main story sooner.

Joel is a master of voice disguise! He can do just about any accent and voices, including female and still keep them all differentiated so that you are never wondering who is talking.

Overall, the writing was decent, and I can understand the slow build. Planning to read the next ones shortly.

What did you love best about Ghost House?

Everything. A wonderful heart wrenching story as Tommy goes through life invaded by ghosts with unfinished business. The whole gambit of emotions are run through as the story progresses. And Suki, don't miss her. I loved everything about the book and have to know more! I was voluntarily provided this free review copy audiobook by the author, narrator, or publisher.

Soul of a ghost 👻

It took me a bit to get into this book but once I did I couldn't put it down. If a ghost had unfinished business he did it through tommy. Poor tommy I thought he was a homeless man buy he was just down on his luck. And the ghosts that used his body especially the little girl. I received this free for an honest review from the author or narrator.

this book is underrated need to give it 10 out of

I was gifted this audio ARC from the author for a honest and unbiased review
Richard Crawford writes such an amazing story. There is everything for the listener, romance, humor, mystery and drama.
Joel Froomkin is brilliant, he knows how to make each character come to life. The smooth slide to female from male voices is perfect.
I highly recommend this book to be read and listened to. Bravo

Mr. Crawford writes an amazing story. It has everything...mystery, romance, drama, humor. I really feel for the main character Tommy.

Have you listened to any of Joel Froomkin’s other performances before? How does this one compare?

Yes. I must admit, I am a fan of Mr. Froomkin. His voice acting performance is brilliant. He truly knows how to make the characters come to life. Mr. Froomkin does not have any difficulty moving from male to female voices. His style is smooth and delicious. (Told you I was a fan)

Yes. I want more! Mr. Crawford has drawn me in and I want to know what happens next! I loved how I found myself rooting for Tommy. Feeling sad or angry at the situations the ghosts put him in. I also enjoyed the author's sense of humor.

I received a free copy of this audiobook via audiobook boom in exchange for an unbiased review. Thank you.

I have 2 hours and 51 minutes left in this book, but I have to write a review NOW.

This story is a blast. I love it! Tommy's internal life is written so well, and Joel Froomkin (who's one of my favorite narrators anyway) made Tommy feel so real. Thank heavens I didn't have much work to do today, because I can't stop listening to Ghost house!

The plot is not difficult. Tommy has this strange ability (or a curse) to channel ghosts. They take over his body and go solve the problems that keep them from passing on. This isn't a fun romp for Tommy though. He gets beaten up, mistrusted, thrown out of jobs... But he's a good guy and Richard Crawford will make you care for him.

Back to the story now. I have to know how this ends!


I was provided this review copy audiobook at no charge from the author. Thank you, sir!

In this story Tom is haunted by ghots, more than haunted they go inside him and make him do things, sometimes bad things. They forced actions at varying degrees sometimes Tom still had limited control, other times he had none.

Tormented by ghosts and seemingly homeless he wanders the streets occasionally meeting up with people he knows or know him. In the midst of this he meets Suki and immediately forms a crush on her.

The story is different and at times was difficult for me to follow at the start but after a few chapters it began coming together. It was always exciting and I enjoyed the idea of the ghosts climbing inside him. That set it apart from other haunting books and kept me curious, along with some fairly vivid descriptions.

I got this book free from the author through Audiobook Boom.

Ghost House was a pleasant surprise for me. I obtained the book with the intent of listening to the legendary Joel Froomkin for the first time, and I wasn't disappointed. As soon as the book starts Joel's shaky, scared voice slaps you in the face, matching perfectly the tone of the book. This narrator is fantastic.

The story centers around a guy named Tommy. Tommy has a problem. His body is used and abused on a regular basis by ghosts. It's a form of posession - they take over his body to perform some unfinished business. Tommy is just a passenger in his own skin until they are done. It's a terrifiying concept, and both the author and narrator do a spot-on job conveying this terror.

Tommy is just trying to have a normal life. He's got baggage, and has an addiction problem, but he's trying to turn his life around. It's a bit difficult to accomplish when he disppears for days at a time, however.

What makes this book fascinating is the wide variety of ghosts that take over Tommy. Each had a life, loves, wants, needs, and each has some sort of unfinished business that they want to use Tommy for. Each has its own personality. Each has to get accustomed to Tommy's body. This can be amusing at times with the female ghosts. But for the most part you are scared for Tommy becauase you have no idea what this new ghost that takes his body over is capable of and what it's going to do.

I had not read or listened to anything by the author. The fact that this book was a joy to listen to was an absolute bonus.

This audio book was gifted to me by the author in exchange for a unbiased review.

Ghost House
(Soul Mate #1)
by Richard Crawford
This is a terrific ghost story where our guy of the story gets possessed by ghosts (1 or 2) and he is at the mercy of what they want to do. Having friends, jobs, or any kind of life is nearly impossible! This is his story and it is exciting and terrifying but even some of the ghosts you find have a sad story. Excellent!
Great narration by Joel Froomkin.

This was a good book.Tommy keeps getting inhabited by ghosts who need him to do things for him.A normal life is not possible and it is killing him.Joel Froomkin is a good narrator.He brings out all the characters and the angst Tommy is feeling.I was provided this book free by the author, narrator or publisher.

Great delivery and very easy to listen to.

This is an unusual ghost story with elements of a thriller and a bit of romance.