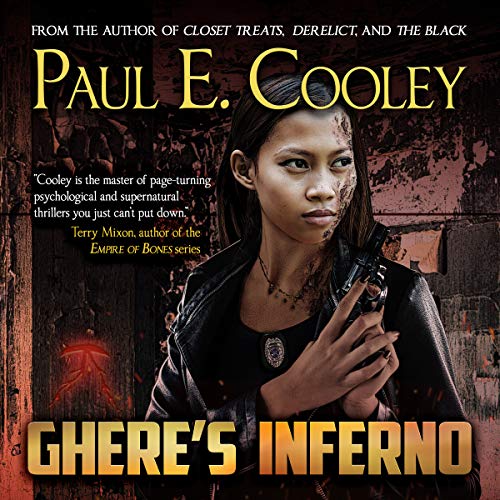 In the midst of an historic drought, the real heat has just begun.

When Houston Arson investigator Emy Aninzo discovers a strange symbol at the site of a burned historical landmark, she begins investigating a series of fires that have taken place over decades. As she digs deeper into the case, assisted by her boss and an HPD detective, fires with inexplicable causes begin to assail the city. Each site contains the same mark. Houston has a serial arsonist plaguing the city.

While Emy and her colleagues attempt to track down the criminal, as well as explain the seemingly impossible heat of the fires, they come to the conclusion that the arsonist may be insane and possibly possessed.

Paul E. Cooley, author of the best-selling The Black series and the Derelict Saga, wraps ancient mythology around an eerie contemporary tale that will leave you burning for more.

What listeners say about Ghere's Inferno

This was my first book by Cooley. I might check out another book to see if I will become a fan. The book was good but I was disappointed with the ending. I wished it would have explained more about the connection between Emi’s father and Ghere. It also didn’t completely explain how Hardy came to be possessed by Ghere.