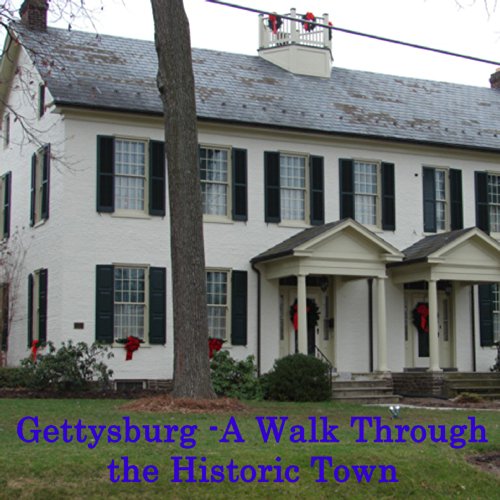 Gettysburg PA: A Walk through the Historic Town

By: Christine Thomas
Narrated by: Maureen Reigh Quinn
Try for $0.00

During the Battle of Gettysburg the town itself was occupied by the Confederate Army - the soldiers from the south. This tour takes you through the town, following the same streets where men fought and fell during the battle. Hear the stories of the townspeople: who they were, how they felt during the occupation, what they did during the battle, and how they nursed troops from both sides. Author Christine Thomas, using diaries from the townspeople themselves, newspaper reports of the day, and the general gossip of the town, paints a vivid picture of those who lived here and survived the greatest battle on the North American continent. If you've walked the battlefield already, take this walk through the town and learn about the residents who called Gettysburg home, never realizing that their town would become the site of one of the most famous battles in history. When you take a BrightPath Tour, you tour on your own schedule, walk at your own pace, and spend as much time as you like at each stop. Let BrightPath Tours be your guide on this dramatic, entertaining tour of the town of Gettysburg!

What listeners say about Gettysburg PA: A Walk through the Historic Town