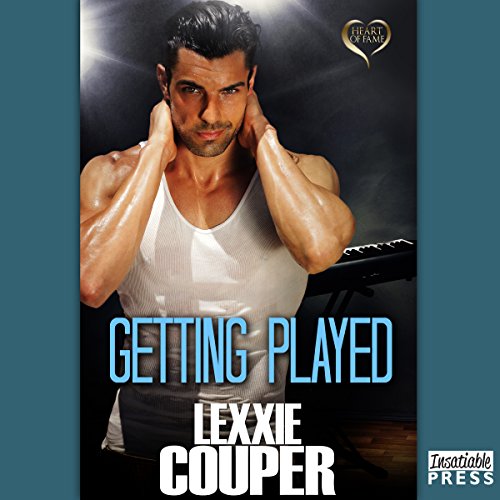 By: Lexxie Couper
Narrated by: Muffy Newtown
Try for $0.00

It all starts with sex under a desk.

After yet another month without a lead singer, the band Synergy is on the verge of calling it quits. Which drives Jaxon Campbell, keyboardist and perpetual player, to do something dangerous: hit up a woman with contacts - and curves - in all the right places. Trouble is the last time he saw her, he kind of broke her heart. And stole her cherished autographed AC/DC album.

Natalie Thorton, dean of the Sydney Conservatorium of Music, knows everyone who's anyone in Australia's music industry. She's driven and utterly professional and doesn't have room in her schedule for relationships. When Jaxon strides into her office, all of Natalie's suppressed sexual urges - the ones born in Jax's arms - surge to the surface. He wants something from her? Well, she wants something from him. Orgasms. Lots of them.

How can Jax say no? He's never forgotten her, and it's not like they're going to fall in love. But just who's playing who? And whose heart is going to fall first?

Warning: Contains a sexual challenge involving sex in public places, sex in private places, sex in moving cars, sex against windows and sex in the company of an oblivious federal politician. So basically we're talking about getting laid. A lot.

What listeners say about Getting Played

Getting Hit by Jaxon

This story of a 40 something rock star Jaxon started out light and fun. When he reconnects with old girlfriend Natalie (smart & sassy), there are some humorous and sexy scenes.

Jaxon was not written as a violent, cruel man; Natalie was presented as a successful, educated woman, not a stupid bimbo who would allow a man to degrade her.

Loving and responsible men NEVER hit people except in self defense. Normal, self confident women DO NOT ALLOW anyone to hit them under any circumstances.

The scariest part is how sexual violence is portrayed as NORMAL in a romantic relationship, as if men have the God given right to hurt women whenever they like.