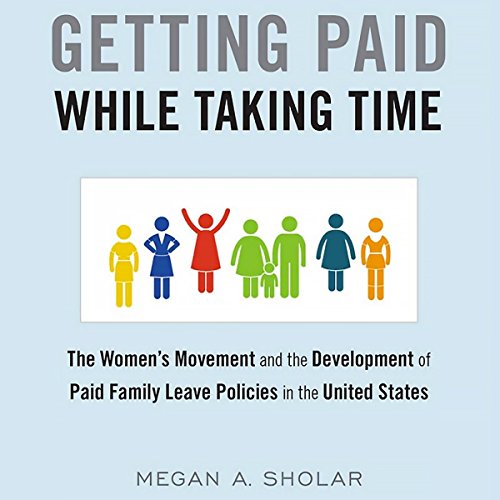 Getting Paid While Taking Time

By: Megan Sholar
Narrated by: Margo Vaughn Nelson
Try for $0.00

The United States remains the only industrialized nation in the world that does not provide paid family leave at the national level for either men or women. In the more than two decades since the passage of the Family and Medical Leave Act, there have been numerous unsuccessful attempts to expand family leave benefits nationally. However, in the United States, it is common for innovations in family policies to arise at the state level.

In her timely book, Getting Paid While Taking Time, Megan Sholar explains the development of family leave policies at both the national and state levels in the United States. She provides cogent studies of states that have passed and proposed family leave legislation, and she pays special attention to the ways in which women's movement actors and other activists (eg, labor unions) exert pressure on public officials to help influence the policymaking process. In her conclusion, Sholar considers the future of paid family leave policies in the United States and the chances for it ever equaling the benefits in other countries.

What listeners say about Getting Paid While Taking Time