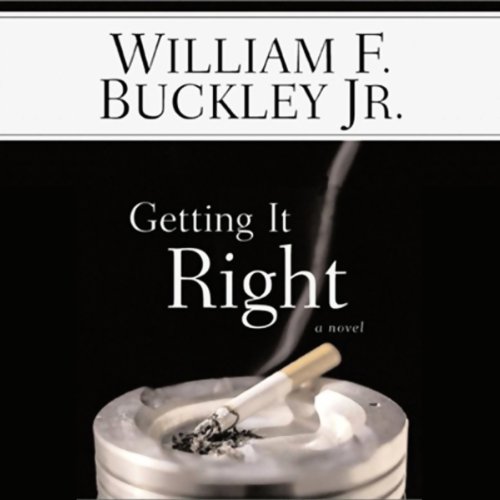 Getting It Right is set in the upheaval of the 1960's. The Cuban missile crisis has brought the Communist threat to within miles of the United States, and extremist movements roil the American Right.

Two college students, Woodroe Raynor and Leonora Goldstein, meet in the fall of 1960 before embarking on separate paths. Woodroe goes to work for the indiscriminately anti-Communist John Birch Society: through his eyes, we see how anti-Communism defined American politics while nearly defeating itself in its own extremism. Leonora becomes a novitiate in the libertarian-objectivist cult of novelist and philosopher Ayn Rand: through her, we witness how sexual passion shaped Rand's movement. But a singular romance blooms as the two make their way through the tumultuous era, navigating the political fault line that would change American history.

I thought this was boring until I started listening to "Conservatives Without Conscience" !
But even this uninteresting book is better than that. That's the best that I can say about it.

8 of 17 people found this review helpful