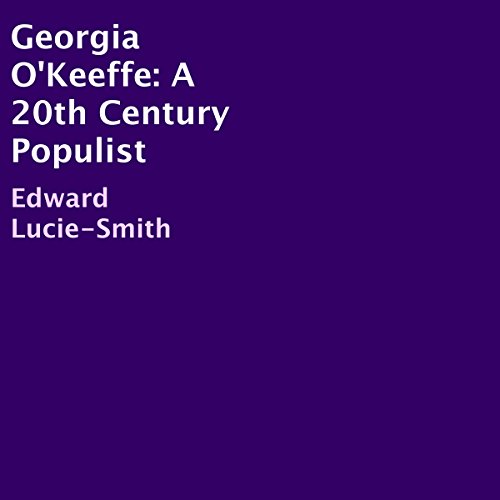 By: Edward Lucie-Smith
Narrated by: Mark Ballinger
Try for $0.00

Georgia O’Keeffe is a slightly odd case in the story of American art. She became famous very early, thanks to the efforts of her patron, lover, and eventual husband Alfred Stieglitz, who, in addition to being a leading modern movement photographer, was a very active promoter of cutting edge modernism in the United States. Having been a leading figure in the New York art world, she eventually withdrew from that to become the central presence in a new kind of regionalism, focused not on the Midwest but New Mexico and, in particular, on the art scene in and around Santa Fe.

There is a museum dedicated to her work in downtown Santa Fe, plus a separate research center, and visitors can also make tours to her house and studio in nearby Abiquiu. No American woman artist enjoys or has enjoyed such a degree of either posthumous or present celebrity. In fact, it may even be possible to say "no American artist whatsoever" - not even such supposedly legendary figures as Jackson Pollock and Mark Rothko.

What listeners say about Georgia O'Keeffe: A 20th Century Populist