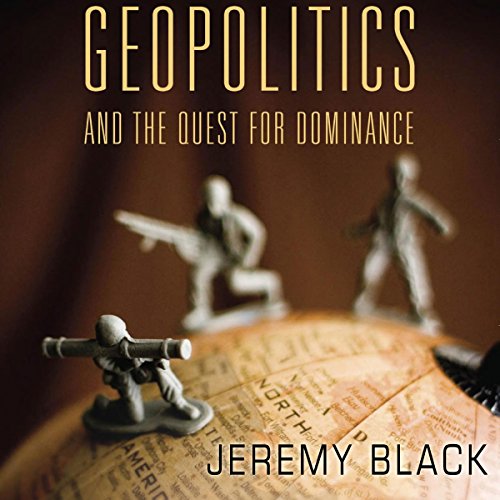 Geopolitics and the Quest for Dominance

History and geography delineate the operation of power, not only its range but also the capacity to plan and the ability to implement. Approaching state strategy and policy from the spatial angle, Jeremy Black argues that just as the perception of power is central to issues of power, so place, and its constraints and relationships, is partly a matter of perception, not merely map coordinates. Geopolitics, he maintains, is as much about ideas and perception as it is about the actual spatial dimensions of power. Black's study ranges widely, examining geography and the spatial nature of state power from the 15th century to the present day. He considers the rise of British power, geopolitics and the age of Imperialism, the Nazis and World War II, and the Cold War, and he looks at the key theorists of the latter 20th century, including Henry Kissinger, Francis Fukuyama, and Samuel P. Huntington, Philip Bobbitt, Niall Ferguson, and others.

What listeners say about Geopolitics and the Quest for Dominance

It was written in such a dry manner and narrated with so little emotion that it felt like I was listening to someone recite tax laws.