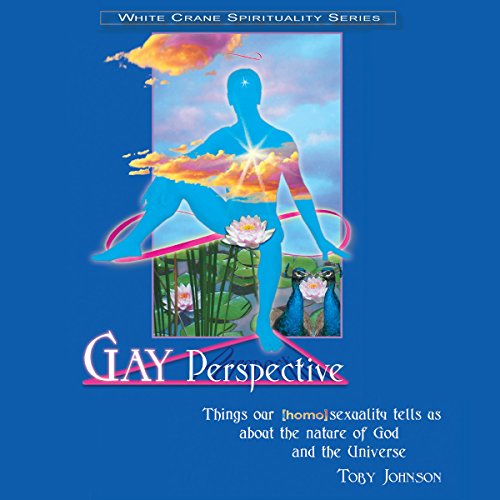 By: Toby Johnson
Narrated by: Matthew Whitfield
Try for $0.00

In this companion volume to his critically acclaimed, Lambda Literary Award-winning book Gay Spirituality, noted author Toby Johnson further explicates his visionary stance that gay people's nature as outsiders gives them a uniquely powerful perspective on the nature of God and religion. By living outside gender norms, gay people are more open to seeing across boundaries of gender and gain access to a less dualistic outlook on the nature of life.

What listeners say about Gay Perspective

It is wonderful book, but if you already read his other book "Gay Spirituality" then it is a bit repetitive as it contains most of the same ideas and information.