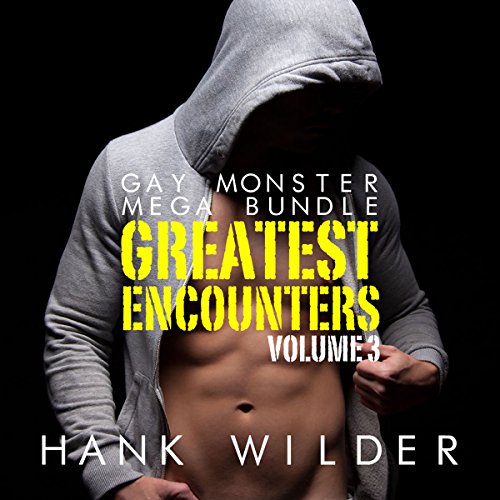 It's Freddie's first night on the job, working night shift at the local bed and breakfast, and things couldn't be more boring. But when a man shows up and tries to steal a mysterious mirror from the manor's attic, the action starts to pick up quick.

When Ben pays for a guided trek along the Amazon River, he expects the guide to actually know where he's going. Unfortunately, though, it's not long before their entire group is lost in the dense jungle.

Even the guide's stories of ferocious, gay dinosaurs doesn't lighten the mood, but when Ben encounters an entire pack of the raptors himself, finding a way home is the last thing on his mind.

Tucker is handsome enough that he's grown accustomed to random creepy men vying for his attention. But when he meets Cameron Nickle, an eccentric doctor who can't stop talking about plants, he's intrigued at least.

Gary is not a tree hugger by any means, but when called to the wilds of Alaska for his job, he can't help being swept away by the area's natural beauty. Sometimes, however, nature can be dangerous.