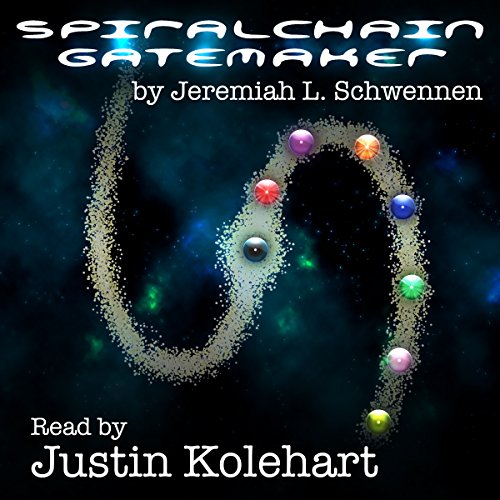 By: Jeremiah L. Schwennen
Narrated by: Justin Kolehart
Try for $0.00

Everyone feels, at one time or another, like they just don't belong-sometimes they're right. Adam Childers is a 17-year-old closeted gay high school student in middle America with an eccentric girlfriend and no one he can confide in. When Jara, a mysterious little girl from another world, reveals to Adam that he was born a Gatemaker, one of very few in all creation able to open doorways from one world to another, everything changes.

Jara's world suffers at the hands of a mighty warlord, and when she makes her way to Adam's world she sees in him potential that he could never see in himself. Together, Jara, Adam, and Adam's friends must travel to the medieval world of Onus and confront both terrible danger and their own fears if they are to set Jara's world free and discover, once and for all, where it is they truly belong.

What listeners say about Gatemaker

Interesting premise, moves a bit fast for me.

Felt like too much was crammed in to one story. I like long books, but I feel like this book could have been three, each just as long as this one. just my opinion though.

interesting but not reading next book worthy

I could stand in a collective puddle of every character and my socks wouldn't get damp. that being said the world building was interesting, the story original. the characters left me making odd faces in their absurdity.

Great story, but there's a LOT of it!

The story here is great! I really liked it, but I will say there is a lot to it. You know there is a lot more coming and if you are someone who "binges" your audio selections, I'd say to wait until the next book is available. That being said, don't wait to start! Contradictory, I know, but the story is fantastic and the books themselves are available. So, listen away, and then go grab the books to continue!