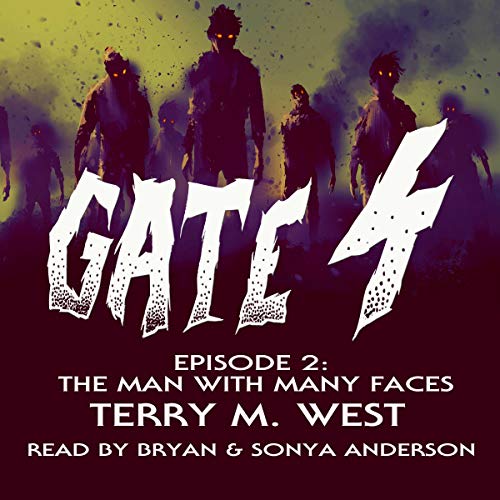 Gate 4: The Man with Many Faces

Beneath a dead, forgotten city in North Central Texas, an ancient evil strengthens. Guarded by a collection of monsters, demons, and freaks of nature, Gate 4 is our only defense, as long as its dark keepers remain on our side.

Gate 4 is a new serial novel by Terry M. West, and it features numerous characters and monsters from his dark fiction universe.

Billy Monroe is a shadow man who lives hidden in the forest with his young sister Susie. Billy wears many masks to convey his moods to his sister and to conceal the monster that can barely restrain its appetite for human flesh. A brilliant scientist before the lab explosion that killed him and then brought him back as a blue specter of death, Billy is hunted by Lucas Glover and Paul Marrane. They must risk everything to reach the man trapped in the deranged mind of an unstoppable zombie.

What listeners say about Gate 4: The Man with Many Faces