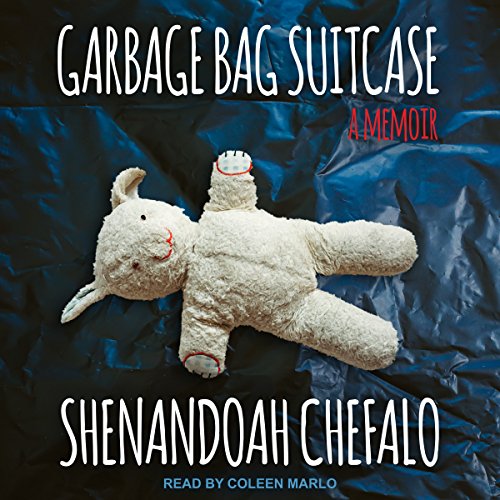 By: Shenandoah Chefalo
Narrated by: Coleen Marlo
Try for $0.00

Shenandoah Chefalo is on a wholly dysfunctional journey through a childhood with neglectful, drug- and alcohol-addicted parents. She endures numerous moves in the middle of the night with just minutes to pack, multiple changes in schools, hunger, cruelty, and loneliness.

Finally at the age of 13, Shen had had enough. After being abandoned by her mother for months at her grandmother's retirement community, she asks to be put into foster care.

Surely she would fare better at a stable home than living with her mother?

It turns out that it was not the storybook ending she had hoped for. When a car accident lands her in the hospital with grave injuries and no one comes to visit her during her three-week stay, she realizes she is truly all alone in the world.

Overcoming many adversities, Shen became part of the three percent of all foster care children who get into college, and the one percent who graduate. Despite her numerous achievements in life though, she still suffers from the long-term effects of neglect, and the coping skills that she adapted in her childhood are not always productive in her adult life.

Garbage Bag Suitcase is not only the inspiring and hair-raising story of one woman's journey to overcome her desolate childhood, but it also presents grass-root solutions on how to revamp the broken foster care system.

What an exceptional and inspiring story!

My wife and I chose this book as we are starting our journey as foster and adoptive parents. It was difficult to find a book on the subject that does not focus solely on a Christian approach, so we were excited to find this one so far exceeded our expectations. The story immediately draws one in, and the final chapter could be another great book all together.

After seeing Shenandoah speak at a conference, I just knew I had to hear more about her story. It is well written and I didn't want to stop listening. Shenandoah moved me to tears multiple times but her triumph over hate made me smile with joy!

Everyone Needs to Read

This is a wonderful book that I feel all foster and adoptive parents should read!

Such a beautiful and tragic story

I loved this story. And appreciated the statistics at the end.
As a former Foster Parent for Crossnore, I love that she brought awareness to a working organization as well.

As a foster parent, I was very interested to listen to this. The authors story was valuable and noteworthy. However, the narrator’s manner of speaking was very distracting for me. Every time she pronounced a “d” as a “t”, I wanted to turn the book into a drinking game. Oh! She did it again! Drink!

This book was so good, I did not want to stop listening. Heartbreaking, truthful, painful, and hopeful. Chefalo shares her story, and her heart for wanting to change the foster care system. A must read for those involved in foster care

this was a good read. should be used as mandated reading for foster parents. kudos.

was terrible. won't listen again and want a refund wasn't based on child but on an adult trying to sort troubles.