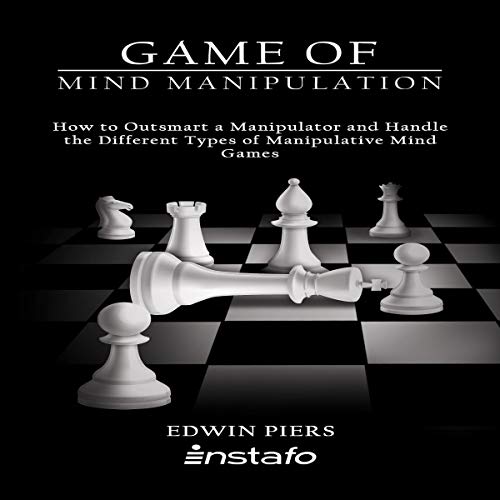 How to Outsmart a Manipulator and Handle the Different Types of Manipulative Mind Games
By: Edwin Piers, Instafo
Narrated by: Instafo
Length: 59 mins
Categories: Science & Technology, Psychology & The Mind

Win and Beat Manipulators at Their Own Games

A game can be defined as “an activity that has rules for winning and losing”. Contrarily, another definition of it is “to use those rules of an activity to get what you want, in a way that is dishonest”. Whether you want to admit it, you are already playing a game called “life”, and in it there are those who live by the latter definition - willing to cheat the game via manipulation.

What is manipulation? It’s the controlling of an individual through misleading means to get something that these manipulators want, whether money, power, relationship, or sex.

Many people are victims of others’ manipulative behaviors without realizing it, including you. Think about those people from your life ranging from families and friends to acquaintances and strangers you’ve met on the street. Were there times when you had a gut-wrenching feeling that something was wrong, and it turned out to be they were manipulating you? How did it make you feel? Confused? Angry? Miserable?

Nobody likes being taken advantage of, but unfortunately it’s a part of human nature to want to assert control over others as survival of the fittest. Being ignorant to that will only continue to make you a victim.

But now you can do something about it by beating manipulators at their own mind games with Game of Mind Manipulation. By taking a page out of their playbook, you’ll be guided on the following:

Who said the game of life was going to be easy? While it may not always be ideal, it certainly can be won once you know all the right strategies to maneuver. Either you play it to win it, or get played by it to lose it. The choice is yours. Make your first move now, and checkmate!