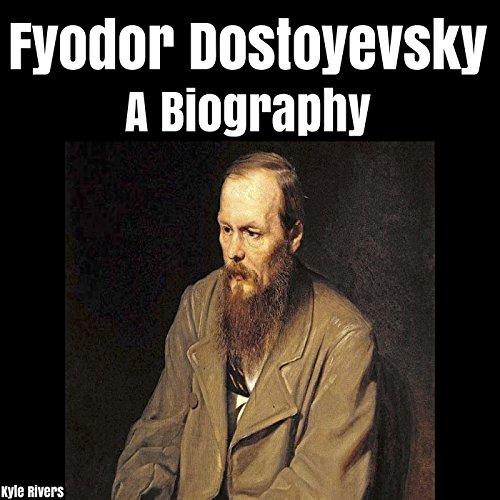 By: Kyle Rivers
Narrated by: Daniel Treat
Try for $0.00

Fyodor Dostoyevsky was a Russian novelist, short story writer, essayist, journalist, and philosopher. Dostoyevsky's literary works explore human psychology in the troubled political, social, and spiritual atmosphere of 19th-century Russia, and engage with a variety of philosophical and religious themes.

He began writing in his 20s, and his first novel, Poor Folk, was published in 1846 when he was 25. His major works include Crime and Punishment (1866), The Idiot (1869), Demons (1872), and The Brothers Karamazov (1880). Dostoyevsky's oeuvre consists of 11 novels, three novellas, 17 short stories, and numerous other works. Many literary critics rate him as one of the greatest psychologists in world literature. His 1864 novella Notes from Underground is considered to be one of the first works of existentialist literature.

Born in Moscow in 1821, Dostoyevsky was introduced to literature at an early age through fairy tales and legends, and through books by Russian and foreign authors. His mother died in 1837 when he was 15, and around the same time he left school to enter the Nikolayev Military Engineering Institute. After graduating, he worked as an engineer and briefly enjoyed a lavish lifestyle, translating books to earn extra money. In the mid-1840s he wrote his first novel, Poor Folk, which gained him entry into St. Petersburg's literary circles.

In the following years, Dostoyevsky worked as a journalist, publishing and editing several magazines of his own and later A Writer's Diary, a collection of his writings. He began to travel around western Europe and developed a gambling addiction, which led to financial hardship. For a time, he had to beg for money, but he eventually became one of the most widely read and highly regarded Russian writers. His books have been translated into more than 170 languages.

What listeners say about Fyodor Dostoyevsky: A Biography

If you could sum up Fyodor Dostoyevsky: A Biography in three words, what would they be?

Dostoyevsky lived a difficult life and rose above the challenges.

Have you listened to any of Daniel Treat’s other performances before? How does this one compare?

This performance is thoroughly enjoyable and engaging. It was easy to listen and become engrossed in the book.

Sure but I broke it into a couple pieces so that I could enjoy it longer.

This book provides insight into Dostoyevsky and further describes 19th century Russia to give light into the culture and times.

I appreciated this succinct introduction to Dostoyevsky, and found him an intesting author and philosopher. The audio book is easy to listen to: read well and sounds good.

A great introduction for English speakers

I knew little of Dostoyevsky when I started, but I now have a good general understanding. For anyone interested in Russian literature or for a student needing a quick introduction, this is an essential resource. In just a few commutes in the car or on a train, the listener will understand the trajectory of Dostoyevsky’s life and the themes in his major works. I see some similarities to themes in Aleksandr Solzhenitsyn’s work. This will be something I’d like to further explore.