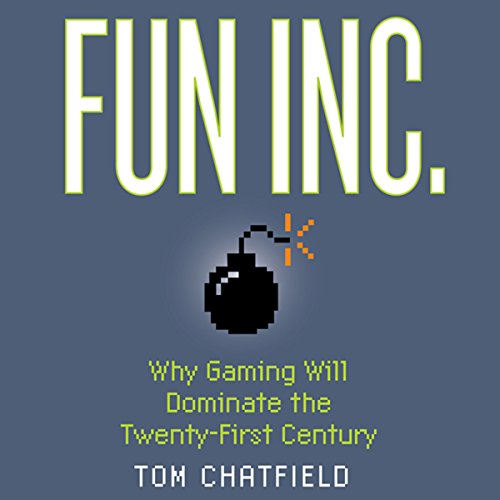 Why Gaming Will Dominate the Twenty-first Century
By: Tom Chatfield
Narrated by: Victor Villar-Hauser
Length: 7 hrs and 18 mins
Categories: Science & Technology, Technology
4 out of 5 stars 3.9 (56 ratings)

A timely and informed assessment of the rapidly growing gaming industry that is altering the world around us. Despite the recession, video games continue to break records and command unprecedented amounts of media coverage. The U.S. is the world's biggest video games market and manufacturer, with a market now worth over $20 billion annually in software and hardware sales more than quadruple its size in the mid 1990s. World of Warcraft now boasts over 11 million players worldwide, and over $1 billion per year in revenues. Gaming is flourishing as a career and a creative industry as well. 254 U.S. colleges and universities in 37 states now offer courses and degrees in computer and video game design, programming and art. Video games are increasingly for everyone: 68% of American households now play computer or video games, while the average game player is 35 years old and has been playing games for twelve years. Against the popular image, too, 43% of online U.S. game players are female. The U.S. military alone now spends around $6 billion a year on virtual and simulated training programs, based around video games and virtual worlds. The budgets for developing the biggest games can now top the $100 million mark and are snapping up some of the biggest names in film, from Steven Spielberg to Peter Jackson.

This is a good book with a good amount of information, but because most of it as written before the iPad was announced, it completely misses the boat with regard to the direction of gaming in the mobile/handheld/tablet space. Other than that, though, this is an excellent piece of writing on an important subject.

Pop culture an history in an average sized bowl.

This is an interesting book about the way video games have changed as an industry and how it has changed global communities. The book has a heavy British influence since its author is British so many American readers may be unfamiliar with some of the company names or games but it doesn't cause too many distractions. The book is not as fluid as I would prefer and seems to randomly jump around a lot but overall it makes a good history book and great reading for those wanting to try to develop video games.