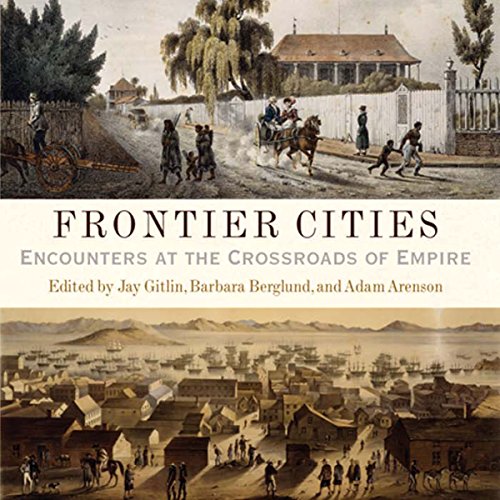 Macau, New Orleans, St. Louis, Pittsburgh, and San Francisco. All of these metropolitan centers were once frontier cities, urban areas irrevocably shaped by cross-cultural borderland beginnings. Spanning a wide range of periods and locations, and including stories of 18th-century Detroit, 19th-century Seattle, and 20th-century Los Angeles, Frontier Cities recovers the history of these urban places and shows how, from the start, natives and newcomers alike shared streets, buildings, and interwoven lives. Not only do frontier cities embody the earliest matrix of the American urban experience; they also testify to the intersections of colonial, urban, western, and global history.

The 12 essays in this collection paint compelling portraits of frontier cities and their inhabitants: the French traders who bypassed imperial regulations by throwing casks of brandy over the wall to Indian customers in 18th-century Montreal; Isaac Friedlander, San Francisco's "Grain King"; and Adrien de Pauger, who designed the Vieux Carré in New Orleans. Exploring the economic and political networks, imperial ambitions, and personal intimacies of frontier city development, this collection demonstrates that these cities followed no mythic line of settlement, nor did they move lockstep through a certain pace or pattern of evolution. An introduction puts the collection in historical context, and the epilogue ponders the future of frontier cities in the midst of contemporary globalization. With innovative concepts and a rich selection of maps and images, Frontier Cities imparts a crucial untold chapter in the construction of urban history and place.

What listeners say about Frontier Cities

Interesting look at the beginning of the metropolitan cities from the 18-19-20 centuries. How each withe diversity of culture, people walked side by side in history. Interesting and well done. Enjoyed the narration. Given audio for my voluntary review