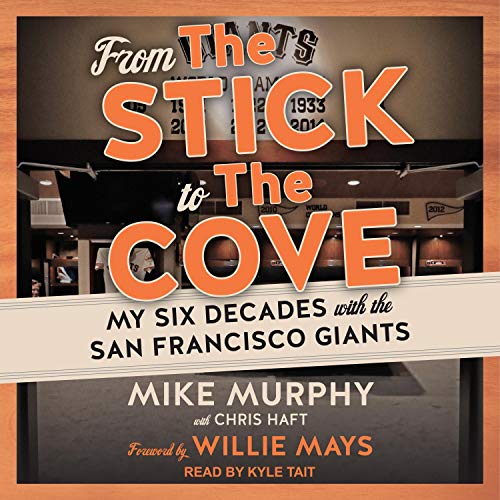 From the Stick to the Cove

Day in, day out, Mike Murphy has been a constant presence with the San Francisco Giants since the team moved west in 1958. The clubhouse at Oracle Park bears his name, and in the jubilant aftermath of the team's 2010 World Series victory, Buster Posey told Murphy, "We did it for you, we got your ring." If you know the Giants, you know "Murph."

In From the Stick to the Cove, the beloved longtime clubhouse manager reflects on over six decades of incredible memories, from getting his start as a bat boy and first meeting his idol Willie Mays, to unexpected celebrity encounters, to his role as a father figure for more recent generations of Giants.

What listeners say about From the Stick to the Cove