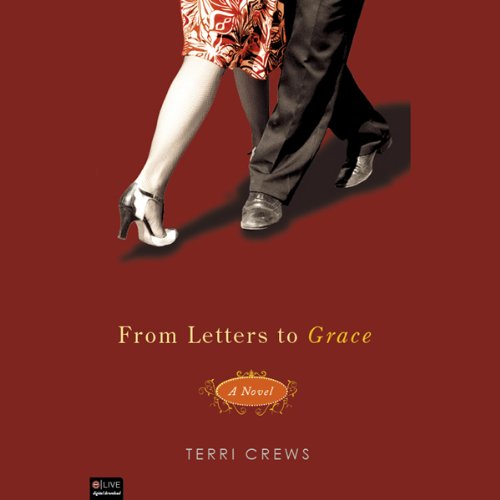 From Letters to Grace

A Novel
By: Terri Crews
Narrated by: Josh Kilbourne
Length: 4 hrs and 22 mins
Categories: Romance, Historical
3 out of 5 stars 3.0 (2 ratings)
This title is included in Audible Escape

From Letters to Grace

"Dance with me, soldier, until my fella gets here," she yelled over the music. From that moment, Ben is permanently captivated by her. Unfortunately, Grace is Charlie's girl, and Charlie is Ben's best friend. As Ben and Charlie struggle to survive World War II, their friendship becomes strained when Ben learns a secret about Charlie and Grace's relationship.

Night after night, Ben achingly listens to Grace's love letters, read aloud by Charlie, and wishes the words were meant for him - until one day war ravages the boys' friendship, taking Charlie's life and leaving a dying request on his lips that Ben must do his best to fulfill.

In From Letters to Grace, Ben battles more than flesh and blood as he aches to find love as well as bring others to Christ. He embarks upon a poignant journey, discovering the meaning of truth, courage, and honor along the way, and changing his life and the opinions of those around him forever as he relies on his flawed faith and trust in God to be his flawless guide.

This book would make a great romantic movie. It is such a tear jerking, feel-good kind of story. I was most impressed by the picture of God's amazing grace for us that this story portrayed.

This is the preachiest of all inspirational romances I've listened to. I listen/read this genre because it is clean. I don't care to hear swearing and all manner of immoral behavior. That said, I don't want to feel like I'm in church! The young man takes his religion to war and preaches to the dead and dying. I'm sure that's an honorable thing to do but I don't want to hear every word he spoke and how he 'saved' them one by one.