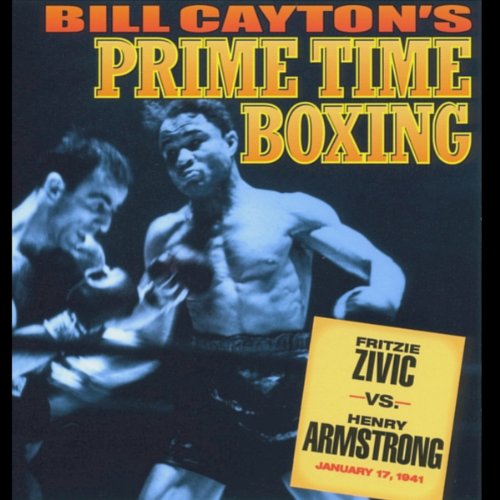 It is January 17, 1941, and World War II is raging in Europe. A standing-room-only crowd has packed Madison Square Garden for the return bout between world welterweight champion Fritizie Zivic and the legendary Henry Armstrong. In this bout, all-time greatest pound for pound Armstrong tries to regain his world welterweight title from a man who knows but one rule: win.

Henry Armstrong, who had held the world featherweight, lightweight, and welterweight titles - all at the same time - is widely acknowledged to be the all-time greatest fighter. Armstrong was forced to relinquish the featherweight title when he could no longer make the weight, and he lost the lightweight title back to Ambers in 1939. Only the world welterweight title remained, and Henry successfully defended that crown 19 times before losing it to Fritzie Zivic on a 15-round decision in New York's famed Madison Square Garden by unanimous decision on October 4, 1940.

What listeners say about Fritzie Zivic vs. Herny Armstrong