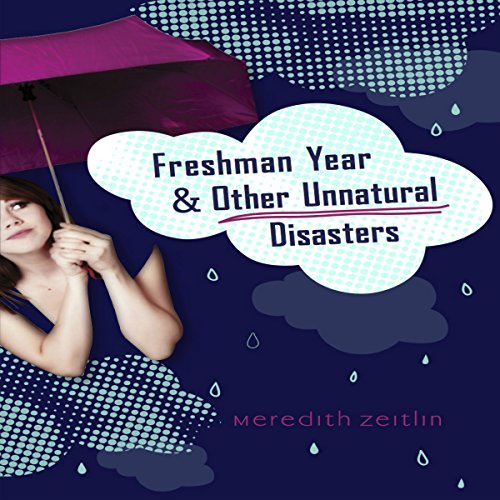 So far this year isn't going the way she planned, but it's undeniably memorable. Kelsey Finkelstein is starting her freshman year of high school and she's determined to begin with a clean slate. Her arch-nemesis moved away this summer, finally giving her the chance to stand out on the soccer team and possibly catch the eye of her long-time crush. But things don't go as smoothly as Kelsey hopes and she finds herself navigating a series of increasingly hilarious situations. From mortifying pictures in the school paper to an unconventional lead role in the musical, all while avoiding her soccer captain's bad temper, Kelsey has her work cut out for her if she's going to survive freshman year.

What listeners say about Freshman Year & Other Unnatural Disasters