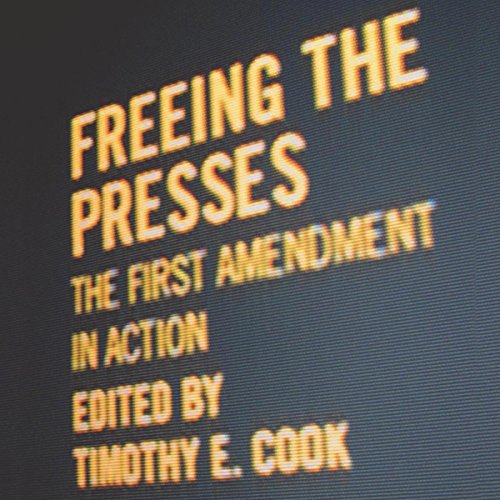 By: Timothy E. Cook
Narrated by: Brian Callanan
Free with a 30-day trial

Most Americans consider a free press essential to democratic society - either as an independent watchdog against governmental abuse of power or as a wide-open marketplace of ideas. But few understand that far-reaching public policies have shaped the news citizens receive. In an age when mass communication ranges from independent cable channels to the Internet, it is essential to assess these policies and their effects if we want the media to continue fulfilling their role.

Freeing the Presses offers a pathbreaking inquiry into the theory and practice of freedom of the press at a critical time in the growing overlap between modern media and political discussion. Six political communication scholars draw upon history, sociology, political science, legal philosophy, and journalism to investigate whether the freedoms and privileges given to the news media and to reporters actually produce the results we expect. Their discussion covers past, present, and future media performance and engages a wide range of provocative questions.

What listeners say about Freeing the Presses