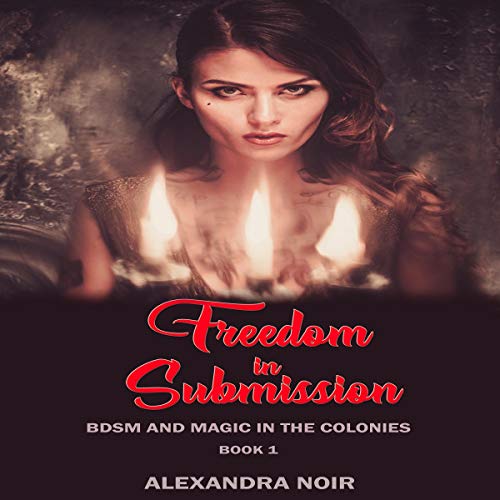 By: Alexandra Noir
Narrated by: Sheri Stewart
Try for $0.00

Everyone thinks they know about Salem. The claims of witchcraft and the black arts. But, hidden by all the hysteria, there was real wickedness occurring not more than 15 miles away from the hardened gaze of the Puritans of Salem Town.

Notley Village was small, peaceful, and quiet. At least, it appeared to be. But hiding beneath the façade was an evil that would have shocked a nation…and turned the hair of the goodly Reverends of New England pure white.

For years, Martha has hidden her true self from her husband. She's played the part of a godly wife and a loving mother. But she's something else too and her deepest self still calls to her. She longs to feel pain along pleasure. She misses the feeling of kneeling before a man who is hard as birch wood at her submission.

She also knows where to go, in this quiet village, to get those desires fulfilled.

What listeners say about Freedom in Submission: You've Heard About Salem...

Wow, different setup than before. Story was incredible and intriguing. The narrator gave it a new spin of awe with her accent. Marvelous job on both story and performance!!!

At the beginning I wasn't sure about this one. Quickly I was wishing it were longer! The story is great, the narration amazing! I will be checking the rest of this series.

This was a bit different as it has a historical storyline that goes against what was considered right at the time. It’s refreshing to the usual historical reads I’ve listened to before. Excellent narration.