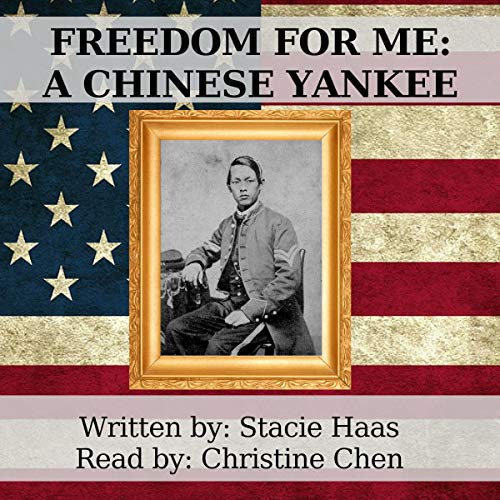 By: Stacie Haas
Narrated by: Christine Chen
Free with a 30-day trial

As the Civil War rages, 15-year-old Thomas Beck longs to fight for his country. He's underage, but his brother, Robert, claims there's another reason he can't fight: There's no such thing as a Chinese Yankee. Assumed a slave because of his odd appearance - including his traditional Chinese queue (long braid) - Thomas soon discovers that giving battle with his regiment isn't enough to shed the Chinese label from his Yankee status. It's not until Thomas befriends a runaway slave and the war moves toward a pivotal moment in Gettysburg that he begins to understand the true meaning of freedom in America.

Freedom for Me is a historical novel based on the life of a real Chinese Yankee. For ages 10 and up.

What listeners say about Freedom for Me