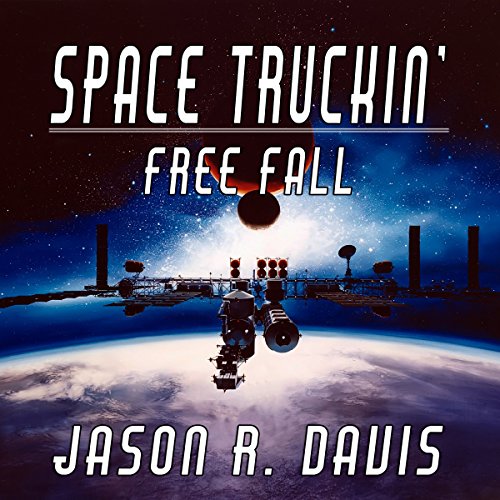 By: Jason Davis
Narrated by: John Pirhalla
Try for $0.00

Will was once a truck driver. When he was on Earth, his days were spent alone, traveling the highways for months until he went home to see his wife and family. Then space trucking became the new thing, and they didn't want pilots. They wanted men like him, the ones who were used to the isolation.

Now he is a new breed of driver. He is a space trucker, and his job is simple enough. Haul the load and drop the load. Just now, he is in space, and his destination: Mars.

What listeners say about Free Fall

What made the experience of listening to Free Fall the most enjoyable?

The idea of a trucker turned cheap astronaut is a great concept. The main character is not your typical tough-talkin', space gunslinger out saving the universe. This guy is real with all the foibles of your "every day Joe". I really look forward to where the story goes next. The narrator is excellent. He does a wide range of voices and totally makes the story come alive.

What other book might you compare Free Fall to and why?

I would compare it in some ways to The Martian due to the extreme sense of alienation in space with difficult communication and the use of intelligence to solve problems.