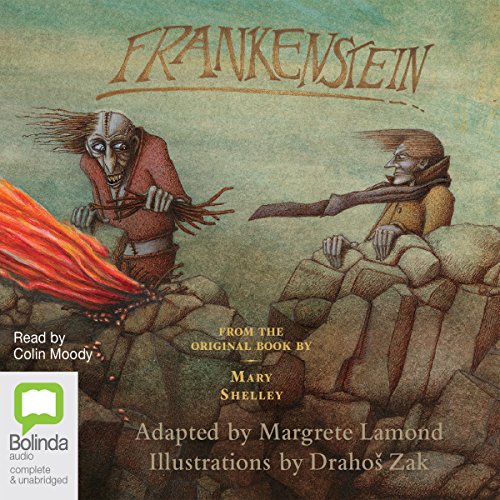 Frankenstein is the story of a young scientist who learns the secret of creating life. Fuelled by a burning ambition for fame and glory, Dr. Frankenstein builds a hideous patchwork body out of scavenged corpses, but no sooner does he animate the gruesome creature than he abandons it in horror.

Longing for love and companionship, the monster looks elsewhere for affection, but finds himself cruelly shunned wherever he goes. At last - grotesque and misunderstood, frustrated and alone - the creature turns to violence and hate.

Frankenstein's reckless experiment is doomed to failure, ending in tragedy and ruin as the raging monster wreaks his revenge. First written 200 years ago, when the author was still in her teens, Mary Shelley's Frankenstein is a horror story that makes its readers think as well as shudder. Alongside the horror are questions about good and evil, and about right and wrong.