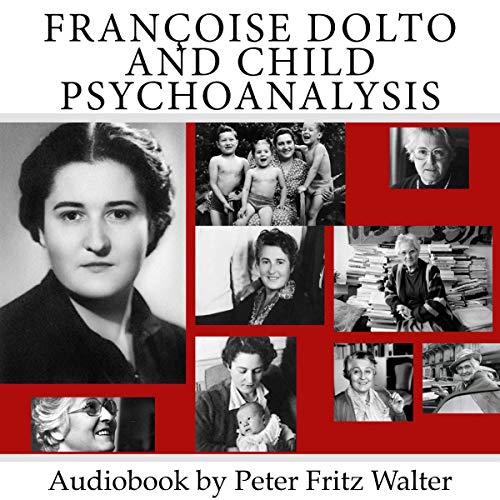 This edition of the Great Mind series Françoise Dolto and Child Psychoanalysis has been revised, updated, and reformatted. It is about one of the greatest psychoanalysts the world has known. The author interviewed Françoise Dolto in 1986, after having visited La Maison Verte in Paris, a center Dr. Dolto had created for parents and children that mainly served to prepare children for greater lapses of time away from their parents and the early kindergarten experience. The interview took place in Dr. Dolto’s apartment at 260, rue Saint-Jacques, near the Panthéon, Paris. A long correspondence followed the meeting which was published, after Dr. Dolto’s death, with the author's permission, by Gallimard Publishers, Paris, in 2005.

The author reviews five of Françoise Dolto’s books, La Cause des Enfants (1985), Psychanalyse et Pédiatrie (1971), and three volumes of Dolto’s professional seminar on child psychoanalysis, Séminaire de Psychanalyse d’Enfants (1982, 1985, 1988). He tries to convey to the listener who is unfamiliar with psychoanalysis the basics for understanding the present book, and furthermore, stresses the uniqueness of Dr. Dolto’s approach to curing psychotic children - a feat that is unparalleled in human psychiatric history because psychosis was always held as incurable.

The book retraces the fascinating way Françoise Dolto got to become an authority not only in psychiatry and psychoanalysis in France and worldwide but as a public figure of great renown in France while she is as good as unknown in the English speaking world. The motivation of the author was namely to break through this wall of silence and elucidate this particular audience about the genius of one of the greatest psychiatrists of our time, and of all times. He explains the stress that Françoise Dolto put upon children developing autonomy and the emotional detachment they experience from their parents with the liquidation of the Oedipus Complex at the age of five to seven years.

Today, 27 years after her death, Dolto’s engagement for the emotional freedom of children is more important than ever in our claustrophobic modern society in which many children are raised into codependent partners for their emotionally immature and media-addicted parents. The volume comes with quotes from two of Dolto’s most well-known books, translated by the author, who grew up in a region bordering France that is bilingual German-French.