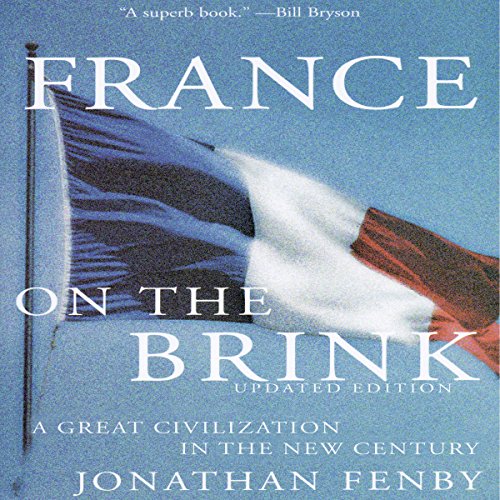 France on the Brink, Second Edition

By: Jonathan Fenby
Narrated by: Robert Blumenfeld
Try for $0.00

A renowned journalist shows us France as never before seen, and the view will chill and electrify anyone who loves - or loves to hate - the country that not only defined culture but gave us the word itself.

The traditional leader in the arts, letters, cuisine, and fashion, France embodies universally admired ideals of political expression and personal freedom. But France's heritage, combined with its glorious history, has also created delusions of grandeur - the Gaullist conviction that France will always be an "exception". France today is in crisis. High unemployment, an archaic economic system, a self-selecting governing class unable to handle serious problems, and a debilitating nostalgia for things past are dragging it closer to the brink at the very moment of European unification.

Urgent, convincing, and unsparing, this eye-opening look at the world's most complex, seductive, and sometimes infuriating country will give even the most knowledgeable Francophile plenty to think about.

What listeners say about France on the Brink, Second Edition