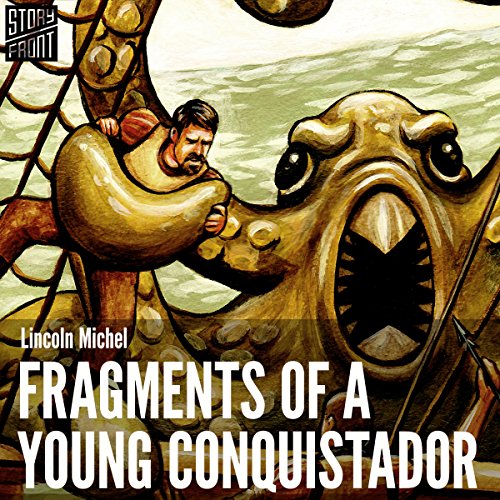 Fragments of a Young Conquistador

Fragments of a Young Conquistador

This story was originally published in Day One, a weekly literary journal dedicated to short fiction and poetry from emerging writers.

From award-winning author Lincoln Michel comes a surrealistic story that suffuses the past with modern twists.

His father bent on making him a true Spanish nobleman, romantic young Eduardo crosses the seas to join his bumbling, megalomaniacal uncle, Cortés. Once he arrives in the new world, Eduardo falls passionately in love with an Aztec princess yet still assumes his place as a reluctant conquistador, waging bloody battle against the natives. In this darkly comic adventure, Michel takes listeners on a wildly imaginative journey past gigantic sea beasts, gold-gobbling Spaniards, and rioting Aztecs to create a thought-provoking glimpse of history and its true authors.