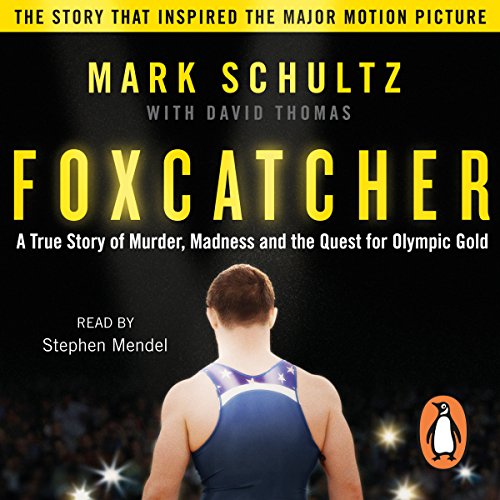 By: Mark Schultz,David Thomas
Narrated by: Stephen Mendel
Try for $0.00

On 22 January 1996, Dave Schultz, Olympic gold medalist and wrestling's golden boy, was shot in the back by John E. du Pont at the famed Foxcatcher estate in Pennsylvania. That started a two-day siege at the ranch before the du Pont family heir was finally captured.

Foxcatcher is Mark Schultz's vivid portrait of the complex relationship he and his brother had with du Pont, a man whose catastrophic break from reality led to tragedy. No one knows the inside story of what went on behind the scenes at Foxcatcher Farms - and inside John du Pont's head - better than Mark Schultz, also an Olympic gold medalist and a part of the Foxcatcher team.

What listeners say about Foxcatcher